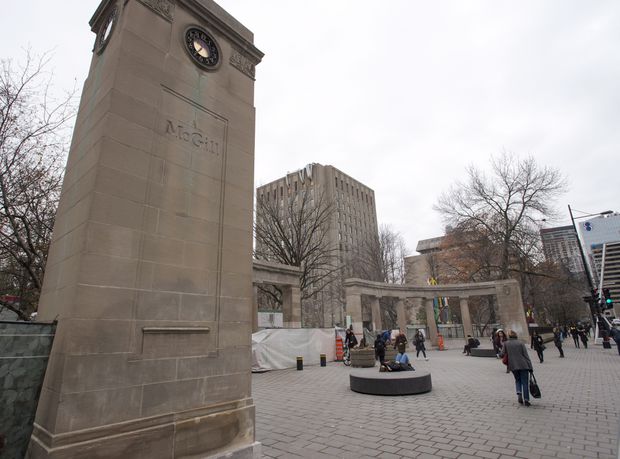 Universities and colleges are funnelling millions in emergency grants to students struggling to cope with the financial implications of the COVID-19 crisis.

It’s a moment unlike any ever faced in university student aid offices across Canada as staff scramble to get funds to those most in need. In some cases the money has come from institutional budgets, but alumni have also responded to calls to support students.

With jobs lost, internships evaporating and the prospect of summer employment fading, many students say they’re just trying to get through the first phase of the crisis without fumbling their final exams. Particularly for those who were already on the edge financially, the shift to remote learning has not been easy. For students who had relied on computers in school labs, for example, or campus internet connections, the rapid transition to online learning created expensive hurdles.

McGill University has made more than $1-million available to students, much of that owing to 1,500 individual alumni donors who have offered help. The injection of money was crucial as the office had already spent 97 per cent of its budget for the year, and the university, similar to many others, is appealing for more help from donors.

Cara Piperni, director of McGill’s scholarship and student aid office, said a little more than half of the applicants for emergency aid were already receiving some help from her office, while about 40 per cent had not been in contact before.

“Some of the students are experiencing this kind of financial stress for the first time. They were working two or three part-time jobs, for example, and those jobs have disappeared,” Ms. Piperni said.

It’s a similar story at universities across the country. At the University of Calgary, the student aid office has been able to provide up to $2,000 for each student.

“The financial impact is huge for many students,” said Susan Barker, a vice-provost at the University of Calgary. “It used to take us a couple of weeks to get anything issued to a student. Now we’re turning it around in two days.”

The crisis has hit in waves, according to those working in student aid offices. At first there was a need for emergency travel funds as international students rushed to travel home before borders closed. Then there was a need for computers for online learning. Then employers shut down, students lost their jobs and suddenly worried about whether they had enough for rent and groceries. Another wave is expected to hit once exams are over and students find their resources depleted.

The federal government has made money available to a wide-range of income earners through the Canada Emergency Response Benefit, which was expanded this week to make it easier for those who work part-time or seasonally to qualify for payments.​ It has also announced a freeze on interest on student loans.

At Dalhousie University, more than 400 students have received emergency aid and a drive to seek more funds from donors is under way. The campus food bank has seen half-hour lineups.

The college has also loaned 1,200 laptops to students who needed help with the technology requirements of online learning. When needs such as these are multiplied by the hundreds of universities and colleges across the country, the scale of the stabilization required is staggering.

Azat Nabiev, an international student from Russia, received $250 in emergency assistance from Seneca, money that he said would help make up for work he lost at the college as a result of the shutdown. He’s grateful, but the summer co-op job he had been promised at a logistics firm looks to have fallen through. He’s hoping to get by on freelance work, he said.

Ms. Barker said the University of Calgary has been able to meet demand so far, but providing this level of aid is not sustainable.

“We wouldn’t have the resources to give another $2,000 next month,” she said.

Mohannad Al Khaldi is a McGill engineering student in his third year who received $1,000 from the school’s emergency fund. He said the money helped him stay calm as the campus shutdown cost him his research job and he was forced to move out of his apartment to save money. In the short term he’s focused on getting through exams, but the summer internship at an aerospace firm has been indefinitely postponed. He’s not sure what he’ll do next month.

“Right now it’s the calm before the storm,” he said.